FEELLiFE Nicotine Salt: · Better Taste · Better Feel · Closer to Real   Independent R&D Quality Assurance An alternative to smoking Easy to get rid of nicotine addiction   Benefit to use nicotine salt: You’ll get more nicotine, more quickly: In general, nicotine salts formed using a suitable acid and paired with the right sort of device seem to get nicotine to your blood more quickly. You can use higher-nicotine juices: You don’t need to consume 10 mL of e-juice per day if you can have a ...

Since set up in 2009, FEELLiFE has focused on the research and development and production of e-liquid, rapidly developed into the top global e-liquid OEM manufacturer, providing high-quality e-liquid products for many well-known e-liquid brands all over the world.

With modern international standard factory, pharmaceutical grade dust-free workshop and assembly line, FEELLiFE make sure every bottle of e-liquid to meet the requirements of high quality. 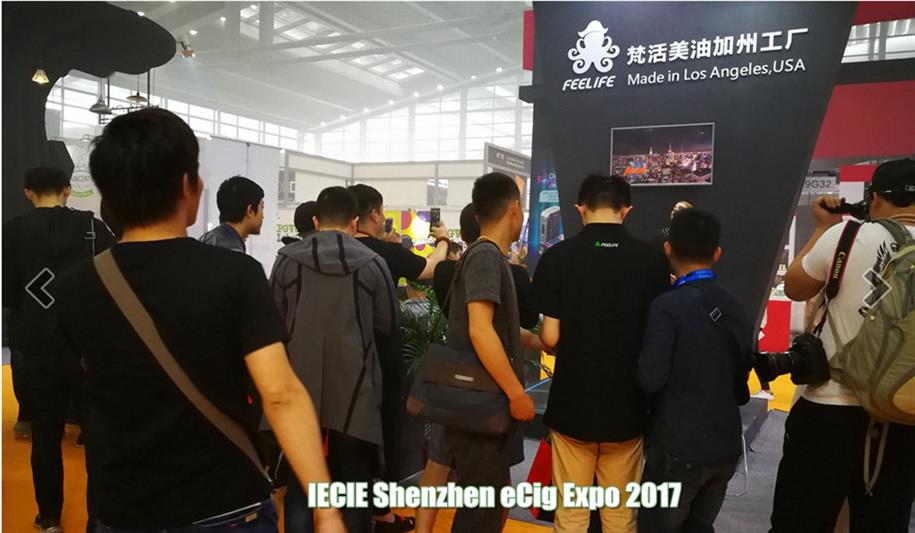 Vaping Rules In The UK

All of us know that the government somehow influence our lives. These people indicate what we can do and what we cannot. The thing is that such regulations (laws and decrees) can to some extent shape our behavior in public. Some control exists because of the decisions of politicians and MPs, the other because publicity and society decided to do or not to do something. When and where do we face these regulations and prohibitions? The very first examples, which come to my mind, are those signs on the window displays, zoos, transport and museum cases: “No smoking!”, “No food”, “No pets”, “No exit”, “Please, do not feed animals”, “Do not lean on doors”, “Caution”, “Do not drop litter”, etc. These examples are just the top of an iceberg. The thing is that prohibitions and instructions surround us and we are to follow them everywhere. What do the government and society say about vaping – a popular modern entertainment?

The significant thing to say here is that modern models of e-cigs are different from those produced, say it, ten years ago. The idea is that first vape pens had gone through many types of research and scientists pointed out possible health risks, so the restrictions made by government limit the potentially harmful effects.

Are there any restrictions in the United Kingdom?

All of us know that the government of several states in the United States have banned some vaping liquids and imposed restrictions on the process of vaping. In the United Kingdom, on the contrary, there does not exist any similar legislation about the best vape pens uk (Vaping Daily suggests more details) usage. There was not enough support from local MPs in Wales, when the idea to stop using any kinds of vaporizing pens in public places, where children might be present, grew into a new bill. Actually, there exist some prohibitions regarding vaping in Wales. For instance, a public beach in Wales is a smoke-free space since previous March. The prohibited smoke-producing devices include usual cigarettes, vape pens, hookahs, etc. The thing is that there is no real punishment for vaping there. The only thing that they can do – ask you to stop smoking there.

The real restrictions may also concern not vaping as a process, but products needed to conduct this process. European Union Tobacco Product Directive (EUTPD) regulates the rules of saving e liquids and the size of containers. Your container may have different color or form, but it cannot contain more than 10ml of e-liquid. Clearomisers’ and cartridges’ capacity cannot exceed 2ml. As for the nicotine strength of e liquids, previously the admissible percentage was 24%. Now they have reduced it to 20%. They also require that both nicotine-containing products themselves and their packages are child-resistant and tamper evident. All the ingredients, which include colorings, caffeine, and taurine, must have corresponding markings so that customers are aware of the content of the product.

Besides, there exist some regulations about labels – there should be all warnings about possible effects and the rules of consuming. But this, all the e-cigs and e liquids should be notified to Medicines and Healthcare products Regulatory Agency (MHRA) to get the permission to be sold.

There is also one more regulation in force. All the information on all kinds of vaping products is to be submitted by manufacturers to be approved by the government before they get the allowance to sell their product to the broad public.

What are the restrictions for people, who travel within the UK?

The real situation in the UK is that the government does not prohibit you to vape anywhere. The point is that the owner of the property, you locate in, can decide whether he wants someone to vape within his property or not. Also, there are some special restrictions adopted in the policies of many airlines, which work within the UK. They are Easyjet, Ryanair, Thomas Cook Airlines, Virgin Atlantic, British Airways and some other. You would better check this before booking a flight to the UK if you want to enjoy your e vaporizer with favorite banana (or what is yours?) flavor after having come to GB. In the UK, vaping is also banned on buses. A driver can even lose his license if a passenger is vaping in his bus.

Most train companies and stations have banned vaping on platforms now. Partially they did it because people who wanted to smoke regular cigarettes boiled over the possibility to vape and prohibition to smoke. The more reasonable reason for banning e-cigs, for sure, is a second-hand vaping effect. Train stations know how many people are on the platforms every day and to protect them from possible unpleasant health problems, prohibit the use of vaping devices. Such train companies include Great Northern, Virgin Trains, Eurostar, TFL, London Midland and others.

Are there any special rules on advertising campaigns?

The main rule is that your ads must be socially responsible. The rules forbid to prevail on smoking, vaping, or using e-liquid, which may contain nicotine, those people, who are non-smokers or non-nicotine users. They consider claiming that e-cig is healthier or can quit you smoking to be irresponsible because nobody knows how viewers can interpret such message and what consequences this can lead to. People may start smoking e-cigs after trying to quit because they would think that vaporizers are harmless.

One of the most critical rules also it that no ad of an e-cig can appeal to children. Schoolchildren teens and young college students are incredibly prone to the influences of any advertising. They are an easy target for those, who aim to persuade them to buy or use something. Some people are negatively predisposed against such e flavors as ‘vanilla’, ‘bubble gum’, ‘unicorn’, ‘pancakes’, etc. because they believe that these names are children magnet. They say that young people want to try only the best vape pens uk only to inhale those pleasant flavors.

How can consumers influence these processes?

First, any person, who use e-cig, best vape pen uk or vape mode can exposure the side effects of vaping and safety concerns, which they have with vapes using the Yellow Cardreporting system. The same can professionals do after conducting some researches.

All the restrictions and prohibitions are in force because of the will of MPs and other people in power to protect people from possible adverse effects of vaping.

About the author: Christina Matthews, the journalist who studies the latest news in the health industry. Now she studies the effects of smoking and vaping on health and reasons of such its popularity.